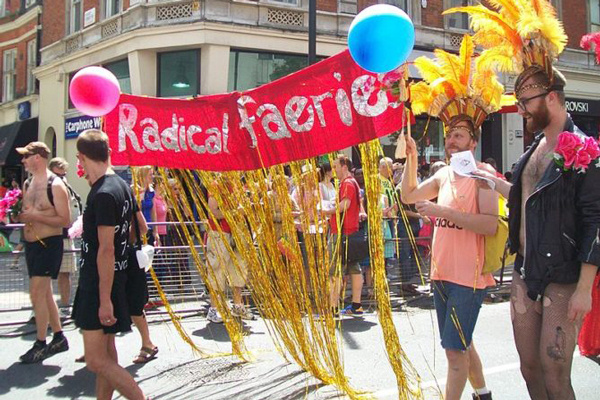 What could possibly be more radical than a faerie? Especially when that faerie is part of a worldwide movement to elevate queer consciousness and liberation through spiritual exploration, which was the whole message of San Francisco's Summer of Love. For decades, San Francisco has been home to a life-changing movement known as the Radical Faeries, a loosely-organized group of free spirits who prize creativity, freedom and spirituality.

Like the Sisters of Perpetual Indulgence, the Faeries emphasize community: they socialize, they date, they engage in charity for the neighbors around them. Over the years, they’ve had a huge impact on San Francisco’s philosophy of sexual liberation, but also on the city’s social scene. The Faeries are for everyone — young, old, outcasts, drag, femme, nudists, non-conformists, regular guys and the rest of us.

7 Great Places for Camping in San Francisco and Beyond

A Guide to Wine at Kin Khao